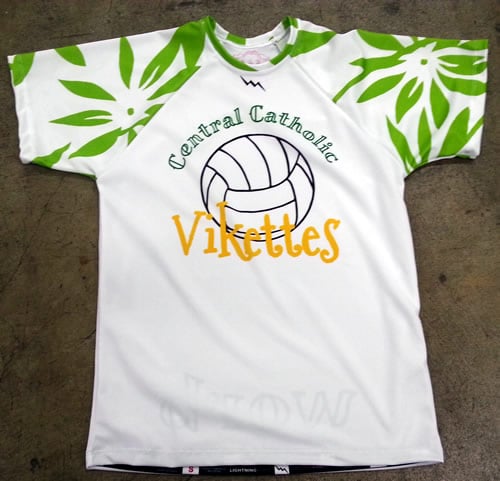 Shop custom volleyball shirts from Lightning Wear. The Central Catholic Vikettes will be the coolest looking bunch of gals in their new custom sublimated volleyball shirts with the Hawaiian theme. Each player applied their very cool nickname and custom number to the back of the jerseys. Keep in mind that these shirts make a great end of the year gift item for your team or coaches to celebrate the season. We can use just about any print on any part of the jersey including the neckline and sleeves.

Design your own volleyball uniforms any way you want to. We print cut and sew all of our sports pinnies and sports uniforms here in Maryland USA. Call us for team pricing and discounts on your team shooter shirt. And if you are in a rush, we also offer speedy service as well.  Normal product time of our gear is about three to four weeks depending on the season.  So, if there is a day that you need these for, just call us.

Here are the basic rules of volleyball from Wikipedia.

The complete set of rules are extensive,[2] but play essentially proceeds as follows: a player on one of the teams begins a ‘rally’ by serving the ball (tossing or releasing it and then hitting it with a hand or arm), from behind the back boundary line of the court, over the net, and into the receiving team’s court.[3] The receiving team must not let the ball be grounded within their court. The team may touch the ball up to 3 times, but individual players may not touch the ball twice consecutively.[3] Typically, the first two touches are used to set up for an attack, an attempt to direct the ball back over the net in such a way that the serving team is unable to prevent it from being grounded in their court.

The rally continues, with each team allowed as many as three consecutive touches, until either (1): a team makes a kill, grounding the ball on the opponent’s court and winning the rally; or (2): a team commits a fault and loses the rally. The team that wins the rally is awarded a point and serves the ball to start the next rally. A few of the most common faults include:

The ball is usually played with the hands or arms, but players can legally strike or push (short contact) the ball with any part of the body. 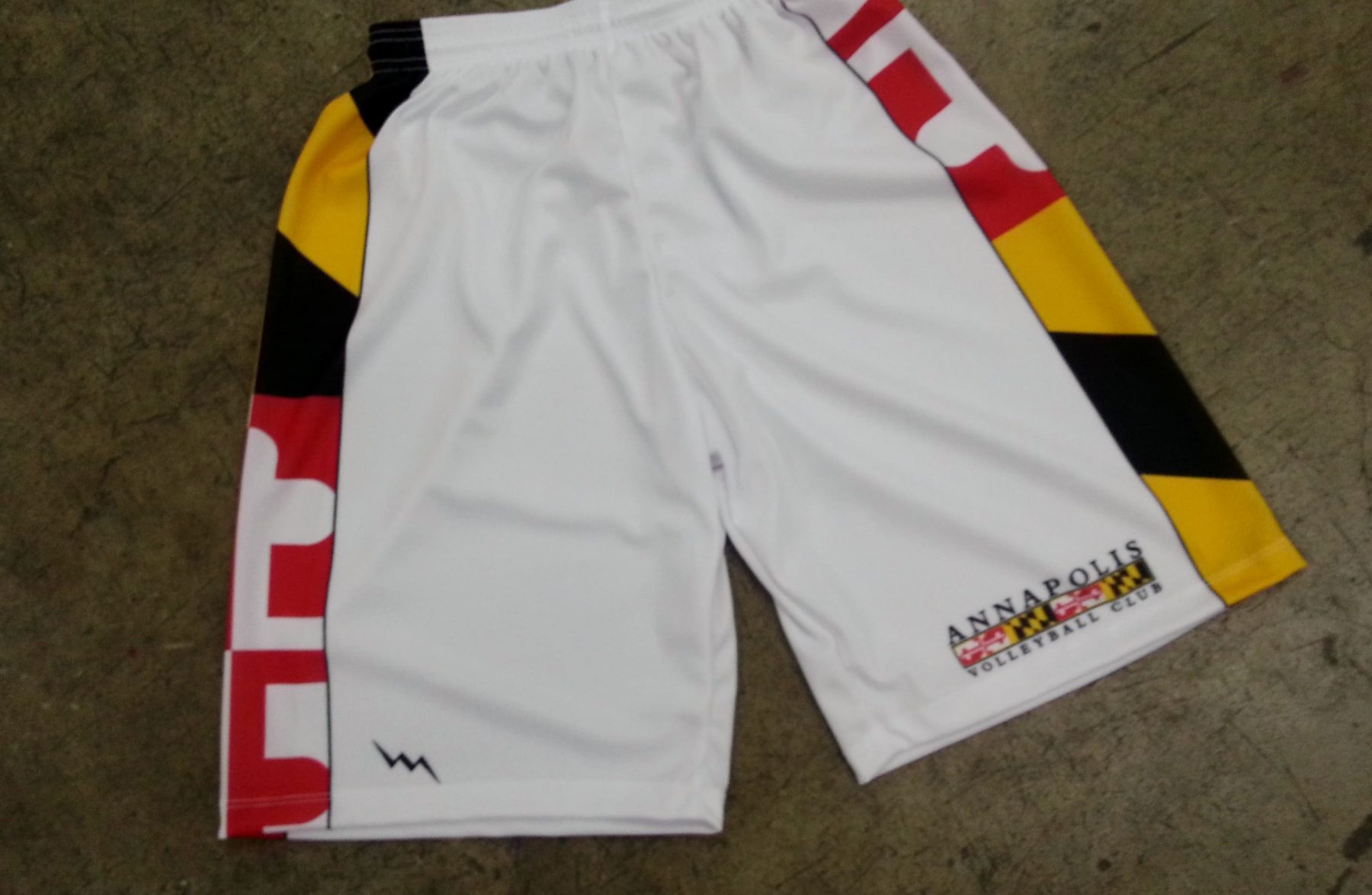